Collective Enfranchisement – What is it? Collective freehold enfranchisement is a right upon qualification to collectively acquire the freehold of the building from the existing landlord. This involves owners of the flats referred as ‘qualifying tenants’ joining together in the legal action which is prescribed in the Leasehold Reform Housing & Urban Development Act 1993 […] 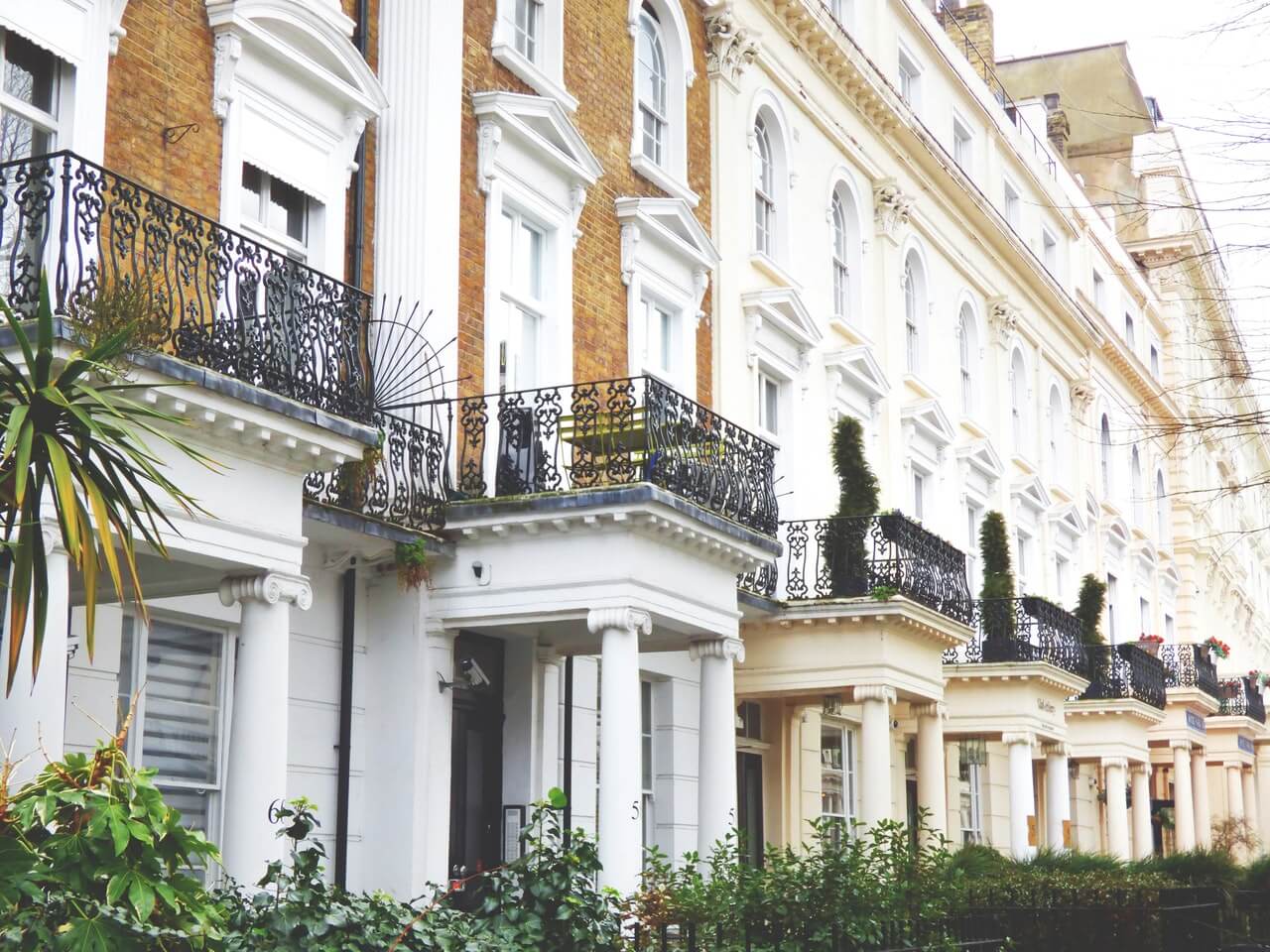 Collective Enfranchisement – What is it?

Collective freehold enfranchisement is a right upon qualification to collectively acquire the freehold of the building from the existing landlord. This involves owners of the flats referred as ‘qualifying tenants’ joining together in the legal action which is prescribed in the Leasehold Reform Housing & Urban Development Act 1993 (as amended).

There are set rules prescribed in the 1993 Act that flat owners must meet before being able to exercise the right to enfranchise. The initial rule demands that at least 50% of the qualifying tenants must participate in the claim and the building itself must meet the required criteria which are outlined below.

The right to enfranchise involves paying reasonable compensation to the landlord for the loss of the freehold interest. This includes – the loss of ground rents, reversionary flat values, development value commonly referred to as hope value and marriage value if applicable.

The basic enfranchisement process as follows:

Who is eligible for an enfrachisement?

The main criteria are as follows:

What are some of the exemptions preventing collective enfranchisement?

There is no right of collective enfranchisement where all four criterions are met below in accordance with section 118 of Commonhold and Leasehold Reform Act 2002:

Once you determined whether the building qualifies for collective enfranchisement, the hardest part follows and that is – getting a required number of leaseholders to join the action. This usually takes a good level of organisation and persuasion and you should be prepared for the scenario where certain leaseholders will drop out in the process.

Please note, as previously mentioned at least 50% of leaseholders must participate in the claim to qualify for serving the initial notice called section 13.

It is crucial that you only instruct surveyors and solicitors with sufficient experience to represent you in the freehold enfranchisement claim.

When choosing a solicitor, research whether they are part of accreditation schemes such as The Law Society or belong to associations such as Association of Leasehold Enfranchisement Practitioners.

Also, it never hurts to confirm that both surveyor and solicitor have a professional liability insurance policy that covers freehold enfranchisement valuation. You will be expected to sign terms of engagement with both professionals at this stage outlining the scope of work and what is covered and what is not.

The valuation of the collective enfranchisement premium is the most important part of the whole process. The surveyor upon receipt of your instructions will arrange an inspection of the building and each of the flat demises.

Both communal and flat demises are inspected and measured in accordance with industry standards. It is important that measurements of both internal and external areas are completed with precision as it is one of the determinant factors in arriving at the market value of flats and any additional areas such as roof space, shared internal parts or external grounds.

The freeholder will be entitled to compensation for any internal and external areas that are not demised to the leases of the flats.

Your surveyor will provide a detailed valuation of likely premium for collective enfranchisement and this will include:

This will allow you to budget for establishing the total cost fund of the claim. With freehold enfranchisement claims, there is always a negotiation element involved and your surveyor will negotiate on your behalf to get you the most cost-effective premium as possible. However, it is not always possible to achieve the lowest quoted premium as outlined in the surveyor’s report. This will depend on the number of factors, such as comparable evidence, lease terms, hope values and court decisions that set precedents for variables adopted in the statutory valuation formula.

You can decide whether you wish to proceed with collective enfranchisement upon receiving valuer’s premium calculations. Your solicitor will serve the initial notice as soon as you instruct them and after correct search procedures are completed.

There are no prescribed obligations in the 1993 Act where you would need to contribute the percentage of enfranchisement premium to the landlord before the claim as required in the lease extension section 42 notice.

The collective enfranchisement premium is only paid when the actual settlement is agreed between both parties.

In case, of an absentee landlord, the full premium becomes payable when vesting order is granted by the county court and also when tribunal determines the final premium payable.

Working out a participation agreement

It is advisable that participation agreement is worked out at the very beginning of the collective enfranchisement process. However, that is not always possible especially if there are a lot of leaseholders involved.

When other leaseholders join the claim, they will have to contribute their share of costs plus the early costs incurred by initial participating leaseholders.

There are other most common provisions that should be considered in the participation agreement:

On completion of freehold purchase, the nominee purchaser will be responsible for the management of the whole block or just specific areas within the grounds; it will depend on individual lease provisions prescribing individual service charge percentage apportionments.

It is best to seek an expert opinion when setting up an entity for nominee purchaser, as each has certain drawbacks that must be considered based on the individual circumstances.

Your solicitor will prepare a statutory section 13 notice and will serve it to the immediate freeholder / landlord. It is crucial that you choose a solicitor experienced in collective enfranchisement area. If your freeholder or their solicitors will spot any inaccuracies and find any faults within section 13 notice, they most likely will apply to the court to have a notice dismissed.

If this happens then you cannot make a further application for the period of 12 months. The freeholder benefits from this because it prolongs the process and increases the freehold value as leasehold interests diminish.

The freeholder is responsible for serving a section 21 notice within the prescribed time limit in initial section 13 notice. The counter-notice must state the following:

If the freeholder fails to respond within section 13 prescribed time limits, the nominee purchaser can apply within 6 months to county court for a vesting order, otherwise, the initial notice is deemed invalid.

It is very likely that your instructed valuer will need to negotiate on your behalf with the freeholder’s valuer as premiums between notices will differ and sometimes significantly. In principle negotiations between valuers involves a lot of back and forth verbal and written communication during which valuers try to settle the differences on their variables used in the collective enfranchisement valuation. It is crucial for the valuer to understand the negotiation process and be knowledgeable about case law that determines the variables used in the premium valuation.

If parties cannot agree on the collective enfranchisement valuation, then either party can apply to the First-Tier Tribunal which will then hear the case and determine the premium of the claim. The application must be made at least 2 months from, but no later than six months from the receipt of the counter-notice date.

Discover the latest in… 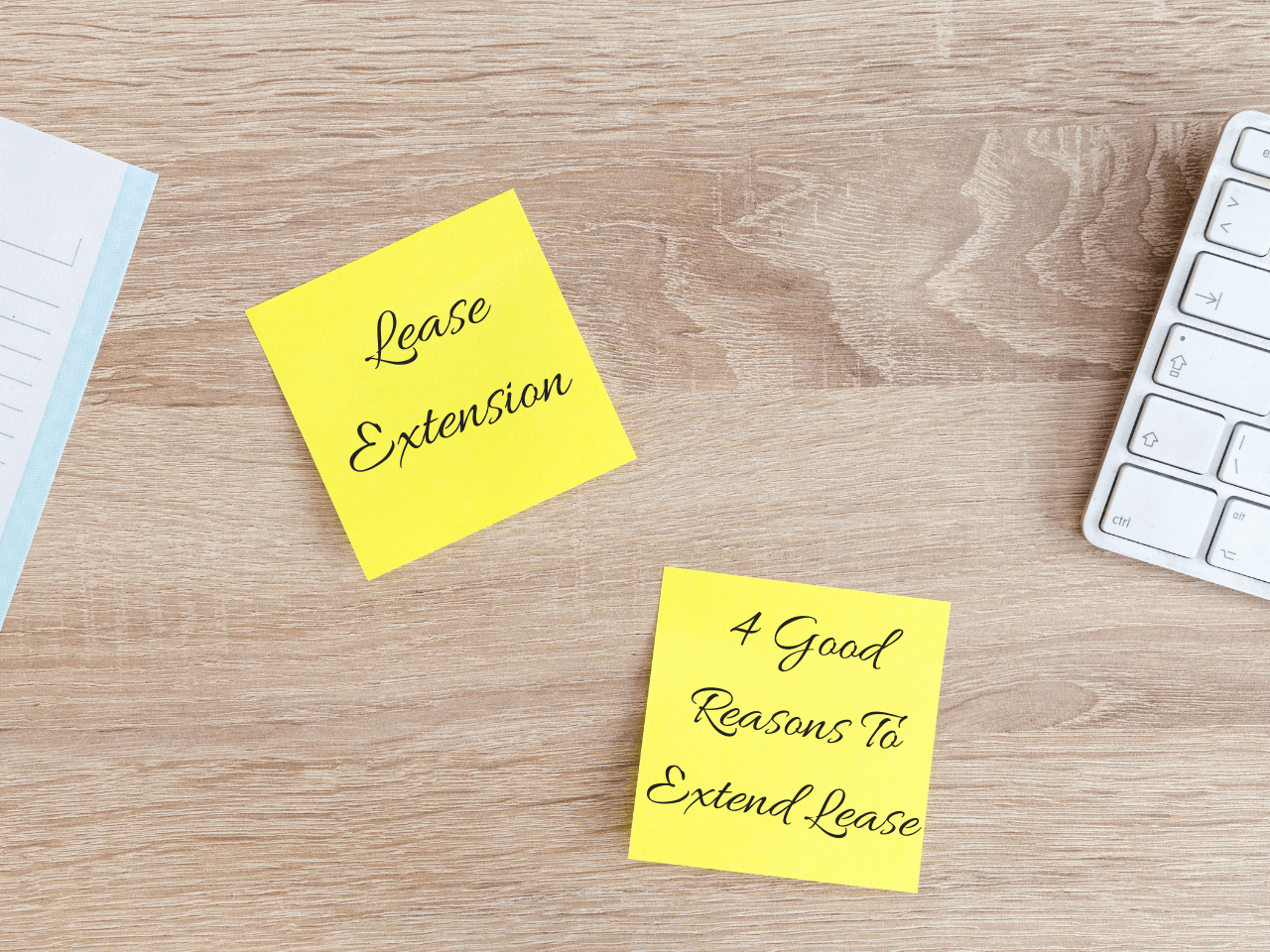 4 Good Reasons To Extend The Lease of Residential Property

We have chosen to write this article to outline some of the benefits of why getting a lease extended might be a good idea. It may be in your best interest to check the current remaining term on your lease. In general, it is accepted by everyone in the industry that if... 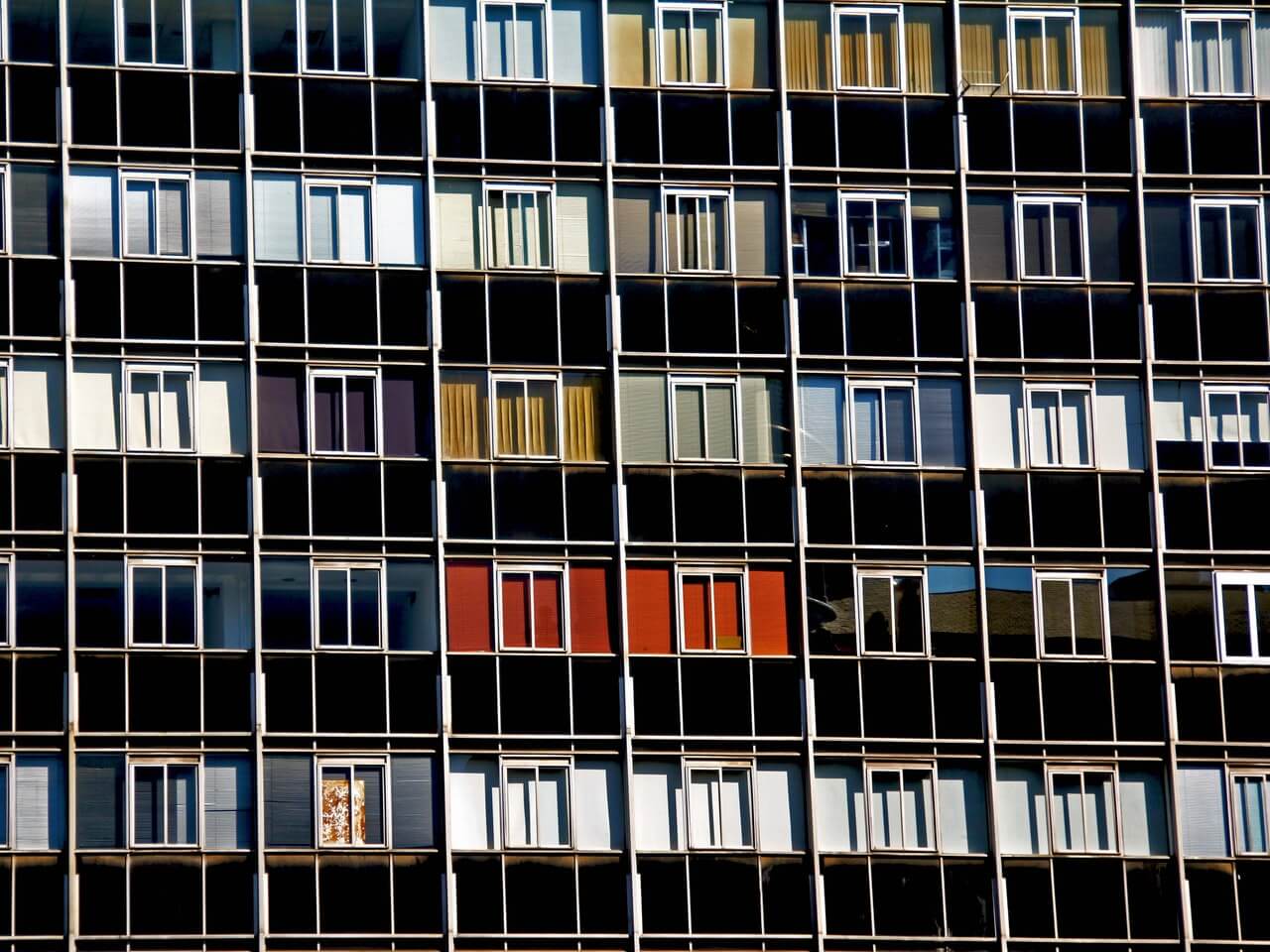 Leasehold – What Is It?

Leasehold is a form of tenure where one party buys a specified space for a specified time length. Therefore, when you own a leasehold property you own the lease and the land and building structure is owned by the landlord who is the freeholder. The residential leases... 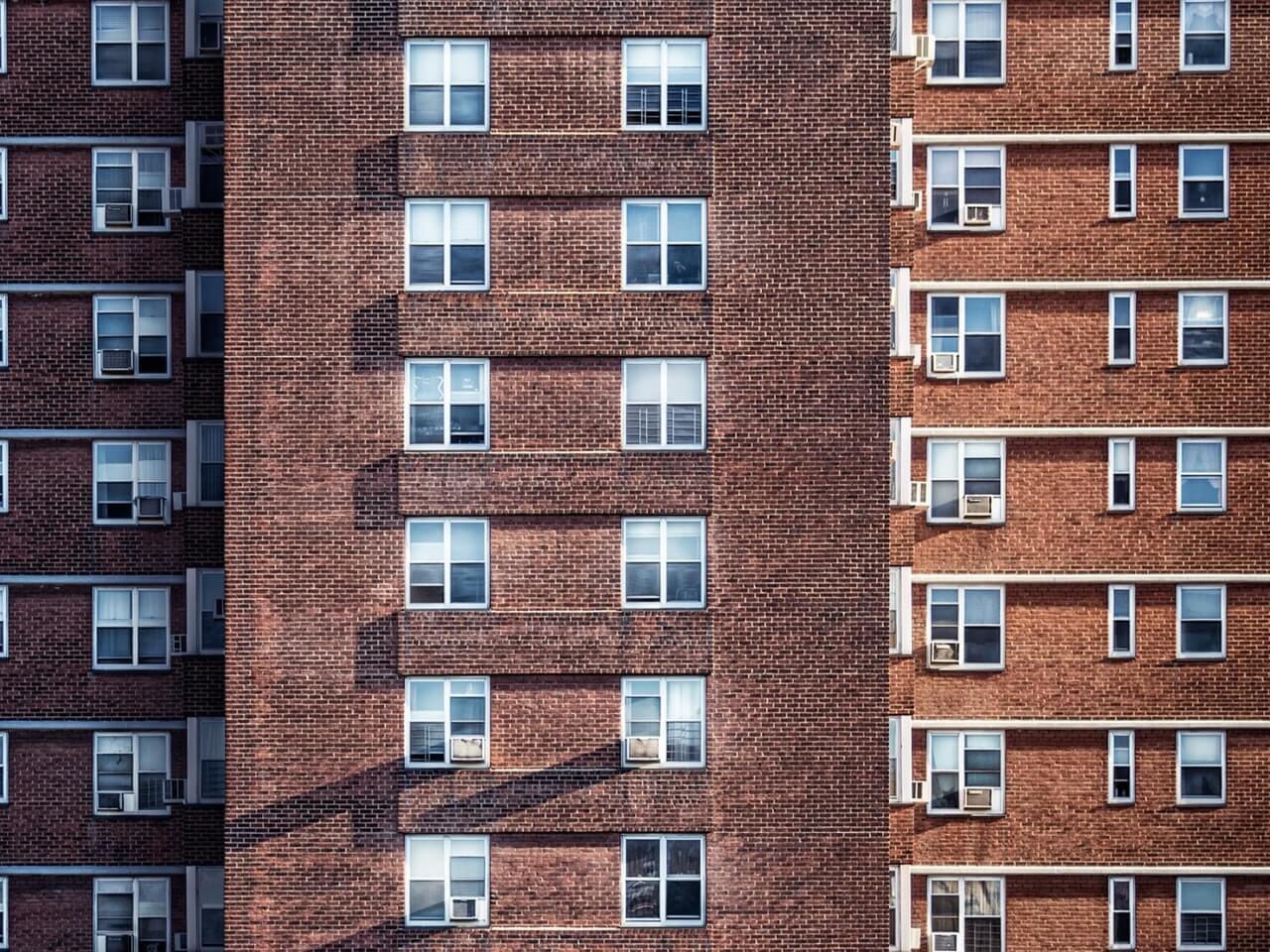 Lease Extension – The Full Guide on How to Extend The Lease

The guidance to lease extension process It is estimated that in the United Kingdom there is in excess of 2.5 million leasehold flats held on varying lease terms. Therefore, if you own the flat you will have lease that prescribes the length of the lease, the date it...